Another season over and time to catch up

Well, it's been a shamefully long time between posts, but now the 2011 season is behind us we can dust down the blog and post the odd bit of news.
Our season started in May with mu 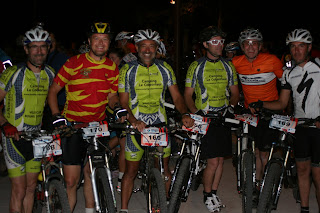 ch higher than average temperatures for the time of year. This was bookended by some incredibly warm weather during the last week of October when our last guests left. The snow on the Galibier in July just before the Tour a bit of an anomaly though!

We had a great time during the Tour, it was thrilling to see the riders on the Alpe d'Huez again. I got the impression this year that there were more people than ever lining the route and in Bourg d'Oisans during 'Tour week'. With two days on the Galibier and the TT on our doorstep, we didn't have to go far to catch the action. I think the group of Aussies we had staying that week won't forget their trip for a while! 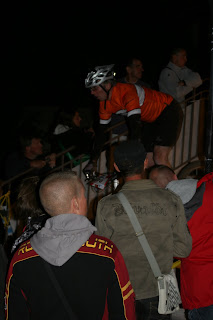 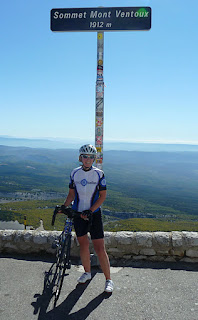 Not so much riding being done by Guy and I this summer due to the birth of our first child, Alice, in March. Since the season end however we have been making up for lost time. Firstly, with a trip to the south coast for Guy to take part in the Roc d'Azur mountain bike race (see photos above and left). Unable to get a spot in the main race, he found himself in a team from our local cycling club riding in a night time street race (Roc Ruelle). Several 1km circuits of 100% urban riding (including a descent of a triple flight staircase!) during half an hour in a tag-team of two. Exciting stuff! Mont Ventoux on the way home for me (photo right) during a lovely stay with Peter and Joan 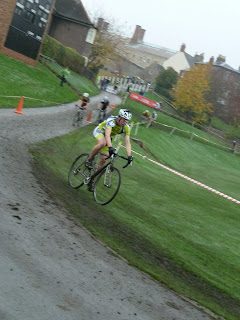 where we have our Alpe d'Huez/Mont Ventoux week liaison.

On our annual trip back to the UK , Guy managed to squeeze in a cross race in Durham (photo right), close to his home town. The race took place on the morning that we were leaving to catch the ferry back to France via Hull. No time for a shower after the race, just a quick wipe down and off we drove/sailed!

Our spring plan was to be me riding the Flanders sportive, and Guy, Paris Roubaix. The clash of the Roubaix sportive with the Flanders pro race means that we will now do this over consecutive years. Short straw, I'm up for Flanders first! So, it will be a winter of turbo training and some good cross country ski sessions to keep me fit (snow permitting, which is not looking good at present - maybe I should have tried in July!).

One of our most enjoyable seasons yet without a doubt.

Helyn
Posted by King of the Mountains at 07:26